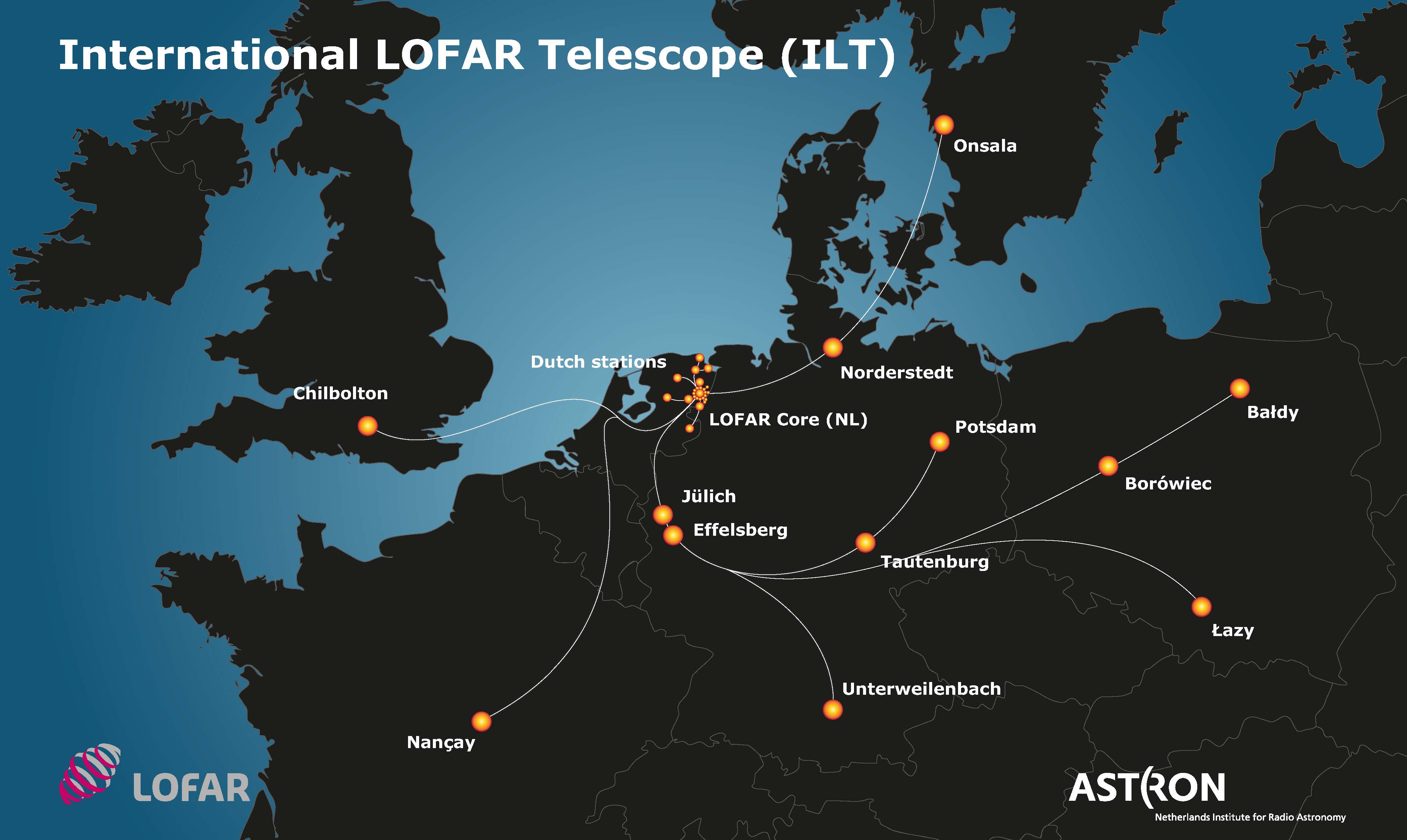 In the framework of the JUMPING JIVE project, JIVE and the International LOFAR Telescope (ILT) explored potential synergies between the organisations.

Motivated by the interest of ILT to be more prominent in the European research infrastructure landscape, it was considered whether a potential future LOFAR ERIC could be implemented through a merged ERIC together with JIV-ERIC. Through numerous discussions, it was understood that JIV-ERIC and an optimal prospective ERIC for LOFAR would have to arrange for significant differences in their organization and operational structure. It was concluded that the ILT would apply for its own, tailored ERIC (LOFAR ERIC), with first steps in this direction starting in 2021 with the support of JUMPING JIVE.

Even though there is no current plan to establish a merged ERIC for both ILT and JIVE, both entities are open to the possibility of collaborating in the future, for example in the overall astronomy research infrastructure landscape. Such a collaboration may benefit the scientific community interested in carrying out astronomical observations using both the LOFAR and the EVN facilities.